Home › Funny › How the HARD WORKING ANT got FIRED

How the HARD WORKING ANT got FIRED 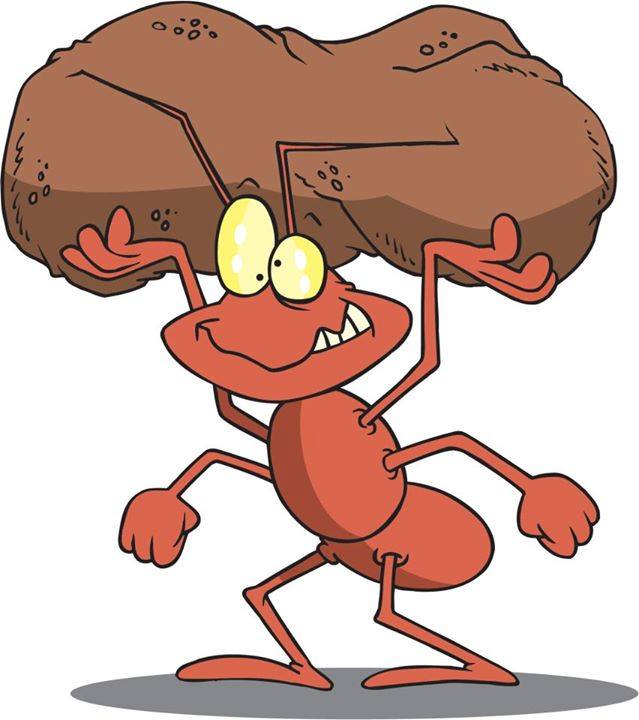 Once upon a time, there lived a happy and hard-working Ant. He was first to arrive at work each and every day. His work made him happy and he did an excellent job of everything, singing happy songs to himself and smiling as he laboured.

But the Director of the company, Mr. Hornet, grew concerned about the Ant’s work. The Ant achieved excellent results, but Mr. Hornet wondered if the Ant could do more work if he weren’t so busy singing songs to himself all day. Mr. Hornet decided that he could improve the Ant’s efficiency if he could control him more and provide more direction.

So, Mr. Hornet hired Ladybug who had a lot of experience managing ants. Upon getting her new job, the first thing Ladybug did was to organize records of the ant’s arrivals and departures from work. She also kept records of everything the Ant did during the work day. She made detailed reports of all the ant’s actions and then she set up a system to send these reports to the Director. Mr. Hornet loved Ladybug’s reports and spent long hours reviewing them to see what Ant was doing. As time went on, Ladybug’s reports became even more detailed and much longer. She recorded and reported on everything. But the amount of recording and reporting soon overwhelmed her. It was too much for one person to do.

She needed help to keep up. So, Mr. Hornet hired Spider to help Ladybug monitor and report on Ant. The first thing Spider did was to set up a records archive system. Spider was also given the responsibility of monitoring all of ant’s phone calls. Records were now kept on everything Ant did and even more detailed reports were delivered to Mr. Hornet every day. Mr. Hornet was very impressed with Ladybug and Spider and soon he started asking for even more information. He wanted comparative studies with graphs, trend analyses, development initiatives, and more. Mr. Hornet just couldn’t seem to get enough information on what Ant was doing.

To meet the Director’s new request, it was necessary to employ Hamster. Hamster immediately bought a new computer with a printer so the he could generate the nice detailed reports and graphs that Mr. Hornet had demanded. Meanwhile, Ant just worked away as he always had, singing his happy songs to himself and providing excellent work results. Then one day Ant asked for a computer so that he could work even harder and get even better results but unfortunately, there was no money in the budget for a computer for ant. When Ant heard this, he complained that everyone else had a computer. Ant had never asked Mr. Hornet for anything before. He had never complained to Mr. Hornet until now.

This worried the Director, so he immediately hired Cricket to oversee the entire department and to ensure that ant was happy and satisfied with his job. The first thing Cricket did was to order himself new office furniture, an expensive ergonomic chair, and a new computer with a large flat screen LCD monitor, so that he could ensure he would be successful in keeping Ant happy and working hard. But the number of computers in the department had now grown to the point where a network server was needed.

And someone had to run the network server, so the Director hired Bedbug and created a new department called IT. Ant took no notice of any of this. He just kept working as always, but he grew less satisfied with his job, less happy with his results, and less productive in his work. He knew if he had a computer he would be able to work more efficiently, so he asked Mr. Hornet again. But once again, there was no money in the budget for a computer for Ant. Cricket could see the decline in ant’s productivity and happiness and it worried him. It was Cricket’s job to keep ant happy and productive.

So Cricket requested for additional recruitment from Mr. Hornet in order to commission a study on Employee Satisfaction, which was approved. Cricket and his new recruits soon had the study completed and after presenting it to Mr. Hornet, a motivational plan was developed for ant. Everyone at the company would need to be involved in order to motivate Ant, so Cricket set about training all of the other employees.

Many meetings were organized to discuss the plan to motivate Ant. Motivational posters were hung everywhere. Seminars were arranged at fancy seaside resorts and attended by Ladybug, Spider, Hamster, Bedbug, and all of Cricket’s recruits. Everyone had to be trained properly on how to motivate Ant. Ant was aware of none of it. He just kept working away as he had always done. He noticed the new posters and stopped to read every one of them with interest and curiosity. Sometimes, he didn’t really understand what the message on the posters conveyed but when he looked around for someone to explain it to him he could find no one. They were all attending motivational meetings or off at some far-away resort for more motivational training or too busy on their new computers to talk to him. And so time went on.

The Director, Mr. Hornet, still received all of the reports on Ant, but he began to notice that the company was no longer as profitable as it had once been. This concerned him deeply, so he hired an elite consultant, Mrs. Owl, who had a very good reputation for solving this type of problem. Mrs. Owl’s task would be to carry out a full analysis on the company’s low profit margin and to make recommendations on how to return the company to the profitability it once enjoyed.

After three months of very expensive work, Mrs. Owl had completed her task and presented Mr. Hornet her conclusions: “The company has too many employees”. Director Hornet was very impressed with Mrs. Owl’s expert analysis. In fact, he was impressed with everyone at the company except Ant. They all seemed to be recording and reporting very well, in addition to motivating ant, who didn’t seem to get anything done anymore. Mr. Hornet decided the best course of action was to fire Ant, effective immediately.

This letter was sent by a “Generalturist” employee to management, explaining her resignation.